I remember the first time I saw him. It must have been thirty years ago. I was newly called to the bar and spent my days at Westminster Hall in hope of a brief. I was one of many such and realise now that patrolling the Hall is the last leg of the juristic education, a period of familiarisation, of getting to recognise the seniors in their various robes and wigs as they parade in and out of the Court of Queen’s Bench, sweeping past the wet-behind-the-ears hoi polloi without so much as a sideways glance yet revelling in the knowledge that ribs are being nudged, his name whispered, his place in the hierarchy established. It was on such a day that I first spotted Edward Stapleton, gliding along the ill-lit passage at the rear of the Hall. He wore no robe, no wig, nothing to mark him out – save that robed judges, some of the most senior in the land, stepped aside to grant him free passage, some even offering a quick nodded bow as he passed.

I asked my friend and fellow novice: “I say, Richards old son, who’s that singular old cove over yonder?” Even then – I remember it with certainty – I instinctively chose the adjective singular.

“Oh lor’,” said Richards, “that’s His Nibs Stapleton, that is. Her Majesty’s Inspector of Anatomy for the City of London.”

“It must be, surely, for their Honours to bow and scrape in his presence the way they do.”

“You saw it with your own eyes, Tumbley old lad, and that’s the best evidence there is.”

My friend knew no more. I felt no need or desire to delve further. The matter dropped, time passed, and it was not until I was established on the circuit, with pupils of my own trailing in my wake like new-hatched goslings, that I saw the singular Stapleton again.

“The mention of the galvanic battery … recalls to my memory a well-known and very extraordinary case in point, where its action proved the means of restoring to animation a young attorney of London, who had been interred for two days. This occurred in 1831, and created, at the time, a very profound sensation wherever it was made the subject of converse.” 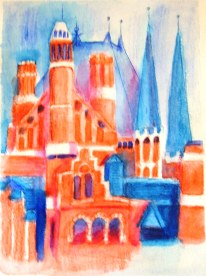 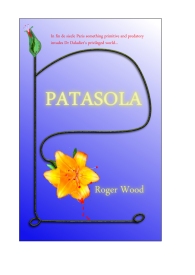